For the last year or so, essentially ever since we moved into a house, Courtney and I have talked about getting a dog. The timing was never quite right, and it never felt before like we were in quite the right place to get one, but the critical mass has come, and we’re going for it. 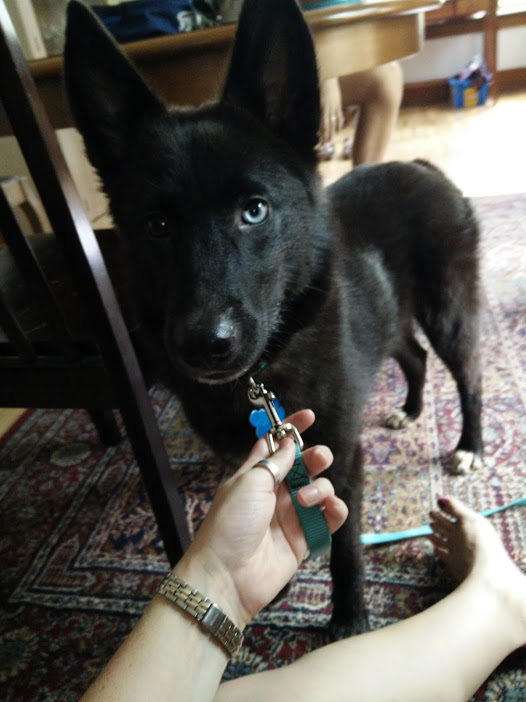 About three weeks ago, I laid out some conditions that I wanted before we could get a dog: She needed to have a non-temporary job, We needed to get permision from our landlord, and it had to be a rescue. I thought I was pretty safe, since she was about to start a 4 month assignment doing QA for a local game company. To my surprise, 5 days later she got hired full time elsewhere, and that night when our landlord stopped by to look at some work that was happening, she got permission. So that essentially left one single condition: we had to get a rescue.

He’s named after the Green Hornet’s side kit. He’s going to be our side kick. The first question we get all the time is: What breed is he? The Vet in Kentucky said he was a border collie mix, the adoption agency listed him as a shepard mix, and our vet said, “Oh no, he’s a husky mix.” So probably he’s a combination of one or more of those things. To most people we just say that he’s a rescue.

Like many of the dogs that come here up north from the south, he isn’t necessarily a single breed. He’s a mutt who may not have ever been with a family, or maybe he was adopted and then surrendered. We don’t really know much about his background, except that he comes from what’s called a “High Kill” shelter. So, we’ll see how things go!