Back when I was in high school, my dad (also a software engineer, it kinda runs in the family.) went through the same sort of thing, and he tried switching to an ergonomic and never really gave it a chance and didn’t get the hang of it, so he got rid of it. Being a high schooler, I thought it looked like the coolest thing ever. So I started using it. I used that keyboard for a number of years until I got a laptop. I quickly migrated back to a standard keyboard, since I didn’t want to lug one around and moved on with my life and forgot all about ergonomics or that I might care about them or what have you.

Fast forward to two years ago, my dad has a bunch of wrist surgery after typing a textbook on a standard keyboard. And when about a year ago I started getting pain in my wrists, I knew it was time to figure something out and fix it before I faced his fate. I went looking for my old keyboard, but it was nowhere to be found, and after searching online I found some good options. Since I was moving from an apple standard keyboard, I wanted something with chiclet keys in order to get the closest typing experience to my current setup. That pretty much left one keyboard left standing: the microsoft sculpt. 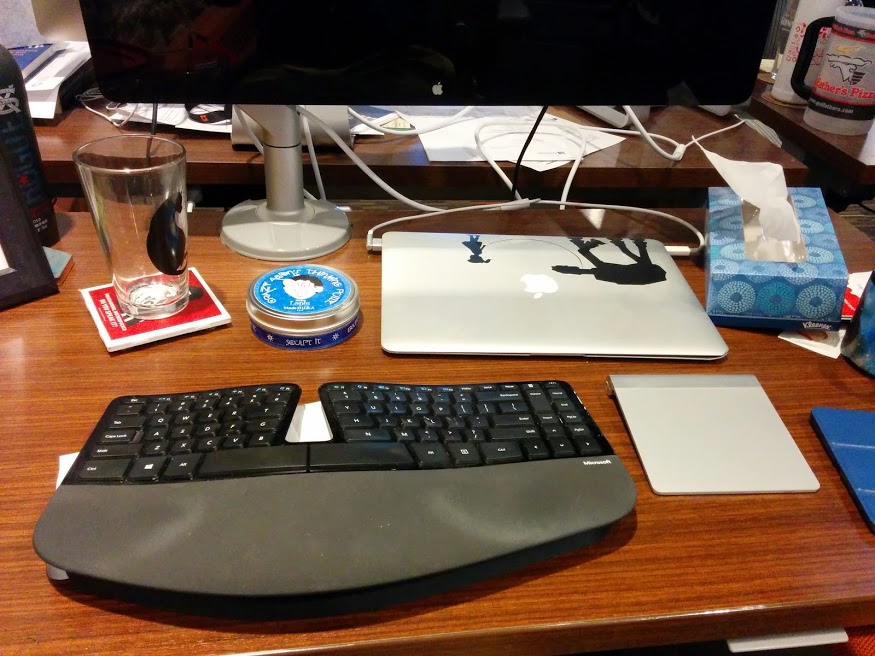 After hemming and hawing, I ordered one. Having used a split before, and since I have fairly standard typing habits, I was able to pick up to my own speed relatively quickly.

Here’s what’s great about the sculpt:

The problems I’ve had:

After looking at what I had and what I wanted, I came to 2 realization. First, I should be on mechanical keys. I want something that I’m not worried about breaking when I type. I know, that this is the “Anti” chiclet key, but hey, if you’re going to change, go all the way. Second, I wanted something that I can easily change up the firmware on and re-arrange where some of the keys are. This is something I grew envious of when a neighbor at work showed off his HappyHacking 2.

I wanted these new features but I also wanted to keep my ergonomic layout. And that pretty much limits what your options are.

The first thing I looked at was the TruelyErgonomic keyboard. At about $250, it’s up a pretty far step from the keyboard I’m on now, but it does have all of the features I’m looking for. There are two things that concerned me. 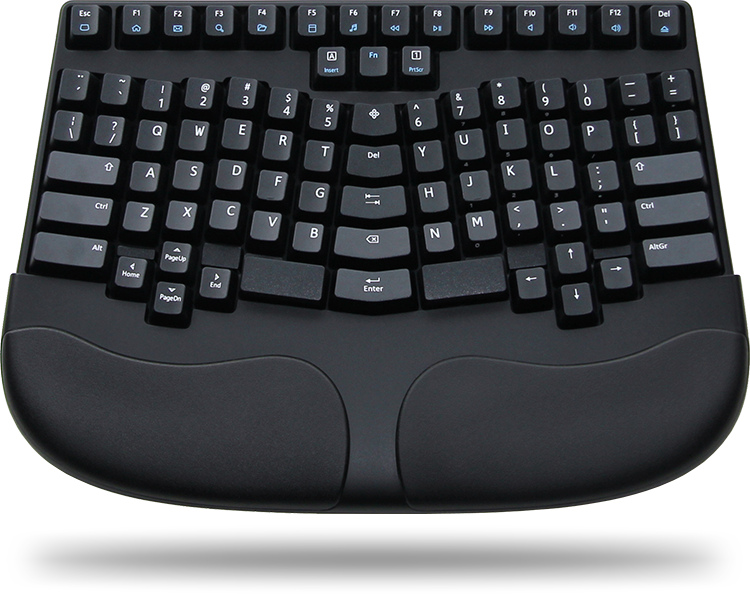 First, their FAQ has a weird rant about the better business bureau. I thought that was pretty strange. They talk about how it’s not fair that they should be rated so poorly, and how they won’t fix it without them paying to be a member and yada yada yada. While I’m sure not wanting to pay for membership is disenfranchising them, I have to ask. How many people had to report that shady things to the BBB before that brought you to this point? Almost every single review I read where people had decided at the end to return the keyboard, many of them report that their requests for an return have been more or less ignored. Given their site’s promise of a full refund if you don’t like the keyboard after a month, I wonder how often their returns aren’t accepted.

So even though I was potentially interested in their keyboard, I was thoroughly turned off by the number of negative reviews. And the idea of sinking $250 into some weird keyboard I might not be able to return sketched me out a little too much for me to drop that kind of cash.

So I moved on.

I started looking at some of the other ergonomic keyboards out there. The only other keyboard with mechanical keys on the market I could find was the Kinesis advantage. 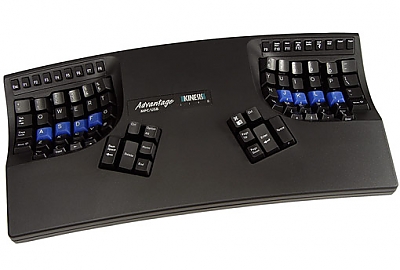 Given I like having a desk I decided to move on and try and find something else. That was when I started saying, well maybe I can build one? That’s when I stumbled across ErgoDox. So, that’s where I’m headed. I ordered all of the parts and they should get here this weekend. I’m working on laser cutting my own case, so I guess we’ll see how that goes and move from there.

For those of you not familiar with the ErgoDox, it is sort of the unicorn of mechanical keyboards. Nobody manufactures them, if you want one you have to either source the parts and build on yourself, or you have to wait for mass drop to do a drop with all of the parts in it, and you still have to build it yourself. Or you have to find someone who made one and doesn’t like it and convince them to give or sell it to you. Or you have to pay some poor high school a boat load of money to solder one together for you. In all of these circumstances, it can be difficult.

I’m going to be building one, but I’ll go into that next week. First I want to talk about why I chose this.

I should get the parts this weekend, so I guess I’ll see how it goes!